New Issue. with mob take over the screen just bugs out not a sure what the problem is but, I have some ideas.
Fixed flying mobs. the player can now fly when possessing a flying mob.
Fixed players who join the server don't see ghost players that possess mobs.
Fixed cool down timers. If a player would possess a mob and use ability of it and then possess an other mob. The player would see the cool down from the first mob. This is now fixed. 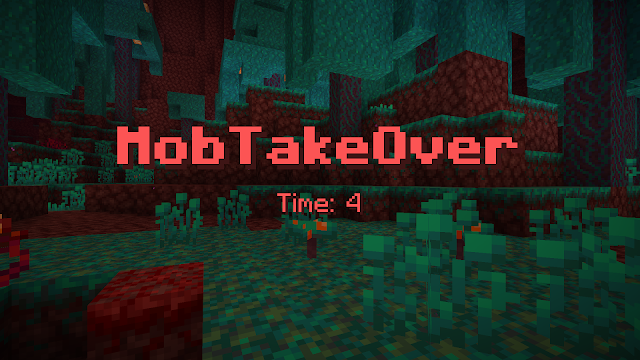 When the hoglin detects a repellent for example, warped fungus.

The mob regains control and the player is put in spectator mode and sees from the view of the possessed mob and is prompted with a title of "MobTakeOver" and the sub_title is a count down starting at 30 seconds.

After the count down the player regains control. I might add some thing similar for skeletons and creepers as they are scared of wolfs and cats.

The Hoglin will regain control if a warped fungus is found with in 8 meters of the mob.

JavaGuy
My name is Jordan I am an Engineering student. A few of my Hobbes are photography and Game Moding.